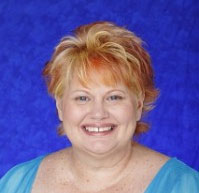 It took me years to learn to stand in my power - especially because I was never a regular kid.

Did you hide a lot too?

Growing up in Greenville SC, I followed the rules of my parents, and felt their love, but they were very strict on me —more than my younger siblings because they knew I wasn’t a regular kid, and like most of society, they needed to control the unknown.

Greenville hadn’t yet received the insight to accept someone like me either - so marriage…maybe that would be it? Maybe it was there I would find the true acceptance I craved?

I married two months after my 17th birthday. 13 years later, I realized all I had done was transfer what I felt from society and my parents, to my husband.

I realized I had been hiding….I went to secret readings….I would do readings when my husband was away or a friend would come get me and my kids and I would do “little reading parties” I would always have to put the money right away into groceries because if he found it I was accused of stealing it from him or being selfish with “his” money.

Then I found a “church” that was just for new age folks and since it was a church I didn’t have to explain as much of where I was going or “who” I was – but I had to be very careful to not share what we were doing or what I was learning. Since I didn’t drive I used that as the excuse to go undetected to special events afterwards because I was at someone else’s mercy to drive me home and if they had errands to run… I just had to go along with them. It like I was part of a crime ring, leading a double life! The lengths we are willing to go to find comfort in discomfort is really amazing!

I finally came out in the open to my husband because I wanted a divorce but instead of being willing to divorce me he was willing to “allow” me to do spiritual things as long as they didn’t cost money or create him embarrassment. This opened a whole new can of worms!

Giving my power away.

Although, I was allowed to openly read and talk woo woo – my husband now had control over when I could or couldn’t go based on how he decided my time was best spent. So back into secrecy, holding secret morning meditation and study groups at my house! He would take off work a lot because he would think he might be sick and I had actually come up with a “sign” to warn my cohorts in crime to not stop by today! The depths a woman will go to find herself while struggling to not rock the boat!

Finally divorce was inevitable and it came in the best way possible a woman actually saved my life! She was a friend he was bringing her and her son home for dinner and giving her horseback riding lessons and while he was giving her “lessons” I got to watch her son! But it really wasn’t horseback riding lessons she was getting unless there is such a thing as naked horseback riding lessons. I played dumb for a while, long enough to where I could get the leverage I needed that could help me get my divorce. It wasn’t some vengeful act like you might think… It was to confront him on his feelings towards her and for him to think about what he really wanted and needed in his life. It wasn’t a simple process, but in the end I got my divorce and lost a lot along the way but I needed to have power over my own life.

Allowing true empowerment into my life.

After some time to myself, sitting in all the new realizations and allowing them to sink in, I met a man, my current husband who taught me two very valuable things:

I have had unconditional support since that time and we have had an awesome journey. Together we grew my business, created a spiritual education ministry, co-owned a metaphysical publication, store and wellness center. He is my number one supporter, believer and teacher.

During this process I became very successful and somewhat famous on a local level. My appointments were booked three months out – My public forum was regularly steady at averaging 125 people or more. And then something happened, about 13 years into this… and it scared me to death! There were parts of my work that I no longer wanted to do! It was terrifying! I felt obligated to my guide team, dead people, my clients, my husband and anyone looking up to me to be what I am famously known for: A Medium!

Have you ever wanted to stop doing what you were doing and felt terribly guilty over it?

It took me three years to accept what I no longer wanted to do. It wasn’t that I lost the ability – I was better at it than ever before! And I needed to step into my new next level, because, like Anais Nin said, “there’s nothing worse than feeling like you’re living too tight in the bud…”

Anaïs Nin: “And the day came when the risk to remain tight in a bud was more painful than the risk it took to blossom.”

You see, I was ready to take things to the next level, to allow New Age Academy to be born through and step into the role of Directress. I needed to offer people who had been receiving readings from me EVEN MORE…..to now show them how to empower themselves through a series of appointments with me that would CATAPULT their own empowerment as I once did. To get them through that hiding phase, so that they could fulfill the deep reasons they were coming to me for. The reasons beneath, the reasons one session or sessions far apart would not ever heal. To have the experience of stepping into their true power, under my personal and professional guidance and private attention, so I could customize it to their unique circumstances and experience….to MASTER their lives, not just receive one appointment.

I was ready for my next level of Mastery, and to step up and take those who were ready with me.

They had been waiting for me all that time, I just couldn’t see it. It was like I needed to take it to another level. I fought over that. I wasn’t really taking the time to trust my Soul to lead me in an even better direction. I also needed to realize I didn’t need to explain or defend the change to anyone – and in doing so I was really only trying to get me to understand and to get over the feeling of betrayal.

Guilt is a terrible thing – it makes us sick. It does me! When I just decided to hear the voice and start moving in similar but new direction clarity came. It came by stepping into a new direction even though I was still dragging the other behind me like a great burden.

Through great effort and lots of mourning and tears – I chose to persevere by allowing myself to grow. In doing so my new direction was made crystal clear. Teach what you know! Help others that desire to learn and grow at a spiritual level. Mentor and support them in their desires and journey!

Are you looking for a support system?

My life and my work expanded into me going beyond being a profitable psychic medium to stepping up to the plate to being a Transformational Psychic Medium, and the Directress of this New Age Academy! I no longer have to hide from myself or the world! I embrace each and every lovely part of it! I have I created all of these experiences that can serve in a mentoring way to honor and support you in your journey of spiritual growth and psychic development.

Is this where you want to take your talents?

My New Age Academy is designed to empower you whether it is to develop your abilities, gain the courage to leave an unhappy relationship or create an income by stepping into your authentic power and passion.

I invite you to join me on this spectacular journey of spiritual growth and intuitive development so that you may unleash your Divine Brilliance and fall completely in LOVE with your LIFE!

It is never too late or not the right time! If you desire it, Universal Law dictates it has to be available!